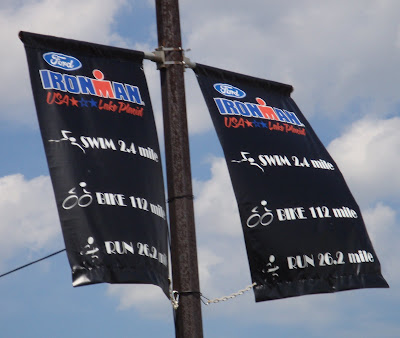 Ironman is a Spandex Festival held annually in various locations around the world. Below are some pictures of the Lake Placid version, which is known for providing spandex wearers with increased pain and danger due to numerous hills. 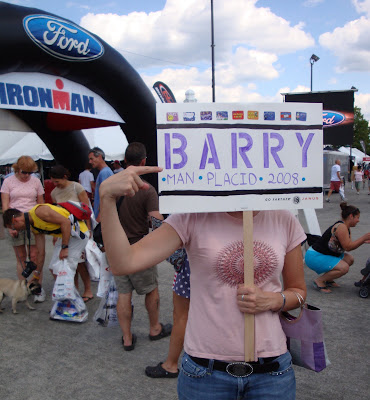 Spandex wearers also enjoy a thicker skin called neoprene, which helps them to float while being chased by 2300 other athletes like so: 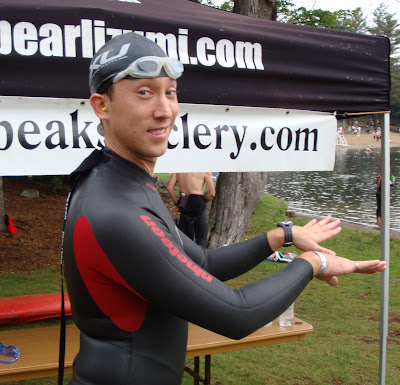 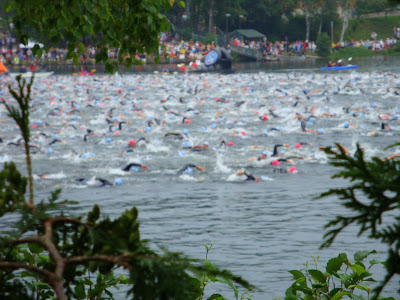 The spandex people worship the great god of Gatorade shown below: 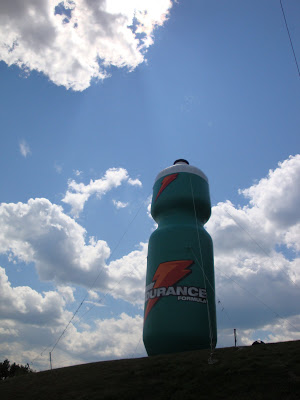 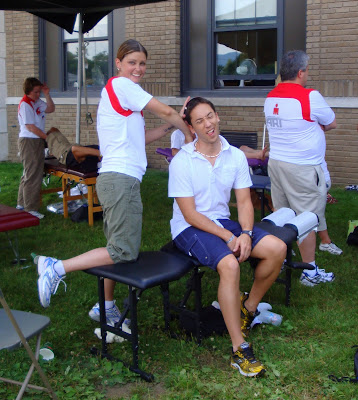 Those close to the spandex wearers spend 14 hours or so in the rain so as to show their support: 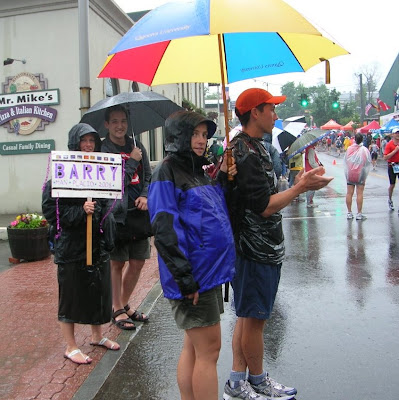 Here is my preferred spandex man before his race: 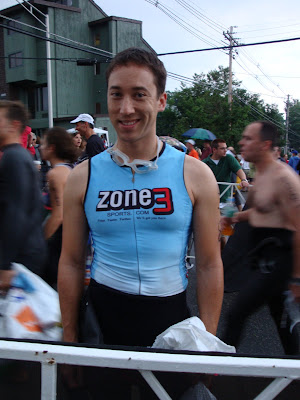 After a full day of fun, spandex wearers become Ironmen, who are awarded with honour, esteem, a large piece of tinfoil, a cap, a medal and all-you-can-eat pizza! 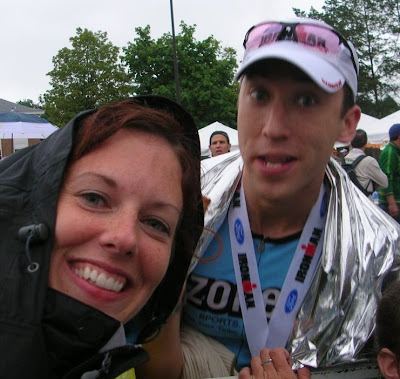 Here are some things that I recommend you do if you travel to Canada. Check out the wildlife: 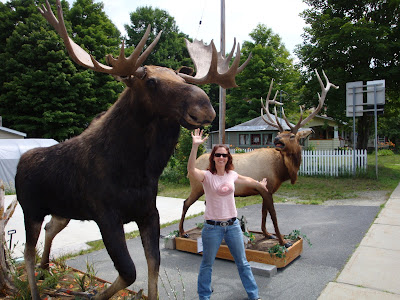 Spend some time in the outdoors (recommended outfits not shown): 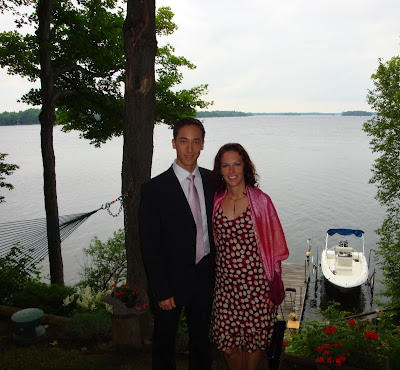 Eat fries or poutine from a chip stand (also recommended for Holland and Belgium travels): 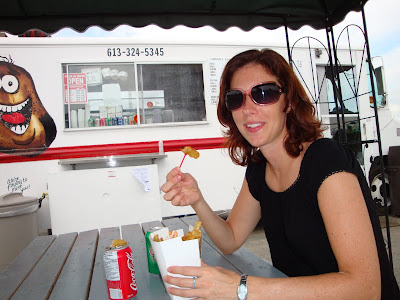 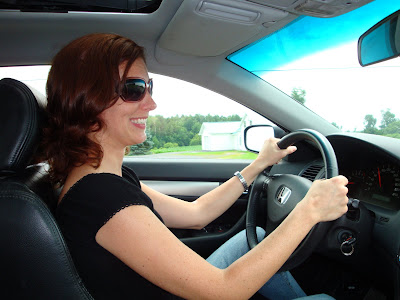 Eat Lebanese shawarma. This is the food we miss the most in Singapore: 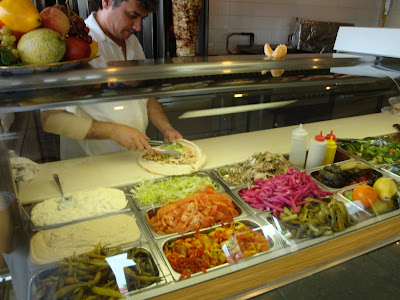 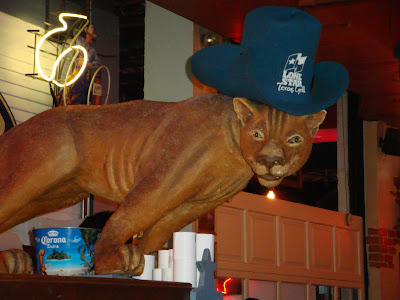 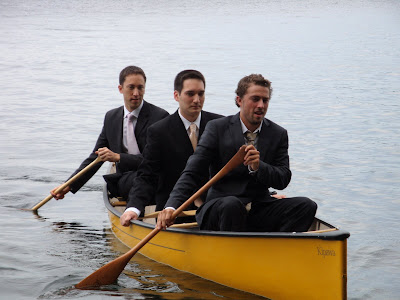 Here are some gift bags and cards I bought from our favourite Japanese store before my trip back home. The first three offer versatile messages for giving gifts to dog owners: 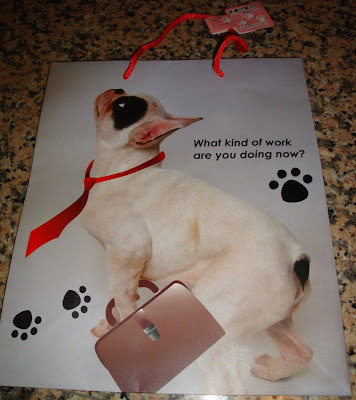 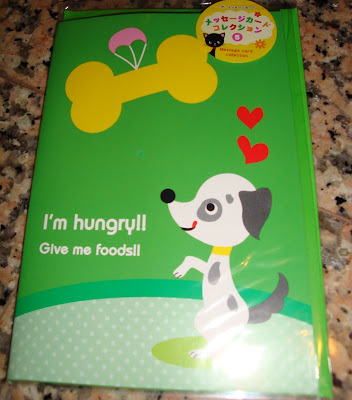 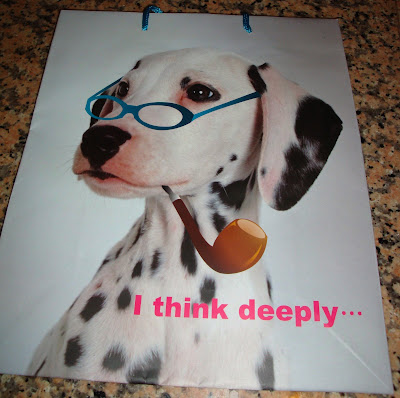 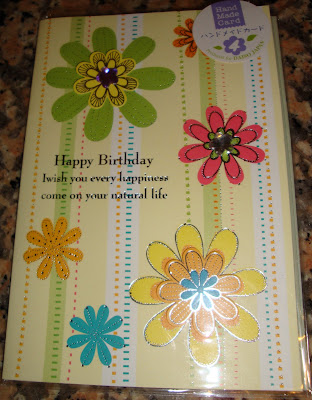 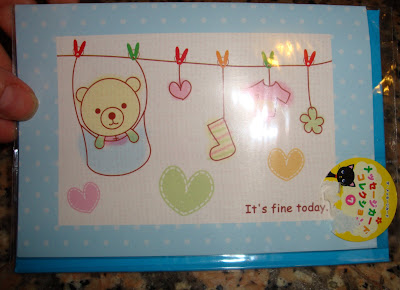 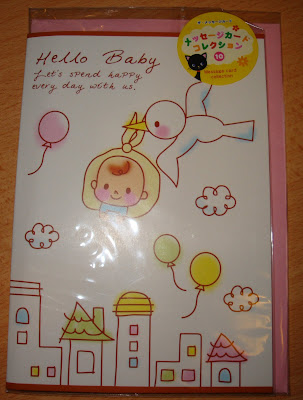 This gift bag provides the appropriate greeting for the gift of wine:

This one has several cheerful expressions, like "I am a Bear, who are you?" 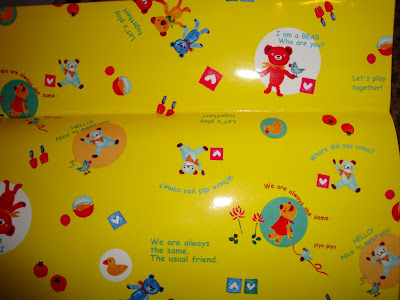 Finally, my favourite gift bag tells of one of life's hard truths: 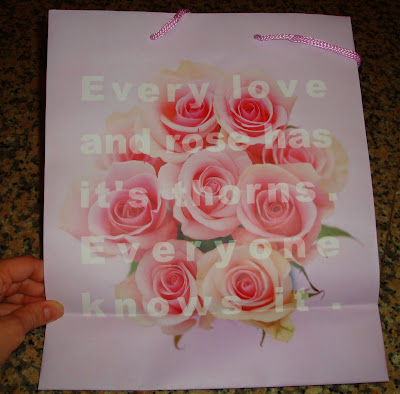 This post covers the last week of my degree. Here is a picture from one of my last classes: 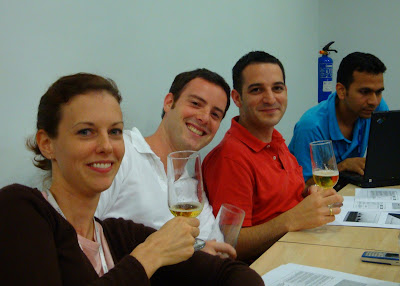 This is a moving picture, showing how much stuff Barry and I managed to accumulate in a year. 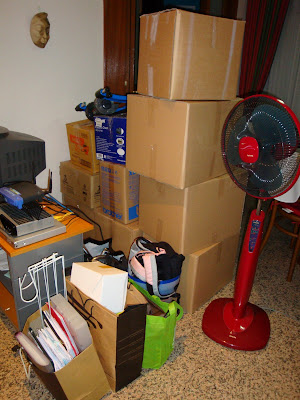 Here are the orchids that don the washroom daily at school, just because I always wanted to photograph them, and it was easier to avoid being caught taking pictures in the washroom towards the end of school: 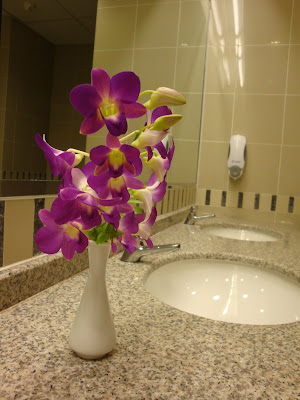 Finally, here I am with my diploma. The look of fear on my face reflects my sentiments at having to rejoin the real world: