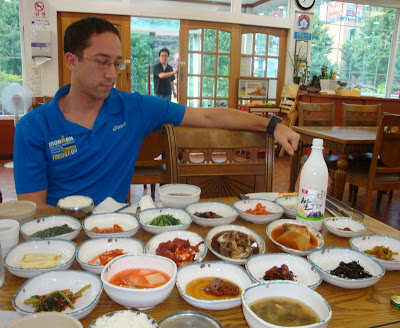 In much of Korea, limited English is spoken. No problem, we would walk into a restaurant, shrug our shoulders, and then the above ($12 worth) would show up! Sometimes, there are pictures or plastic food at which you point, as in the below. 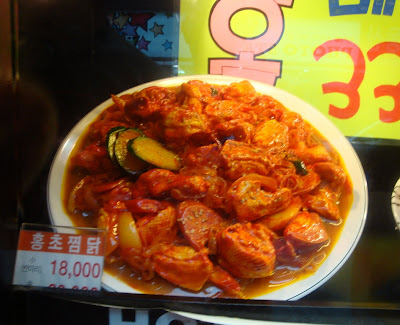 Barry demonstrates our confusion when this showed up. Happily, this confusion led to the servers helping us cook our own... 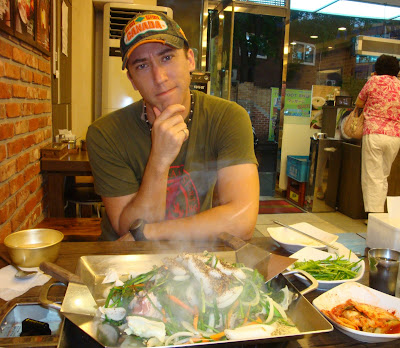 Until it was transformed into this (well after we ate some, since our photography vs. hunger priorities shifted)! This delectable dish is called dak galbi, and we suggest drinking it with the low cost, tasty and cooling makgeolli rice wine. This wine was another star of our vacation. 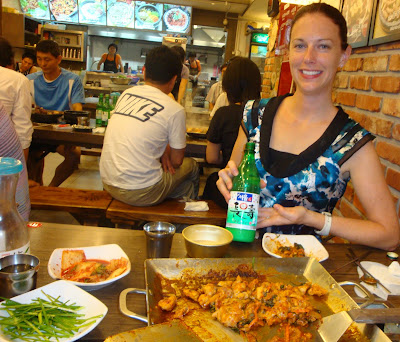 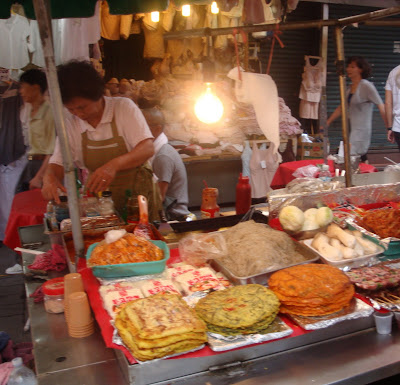 And western fusion food. Hot dogs with Korean sauce? Sure! 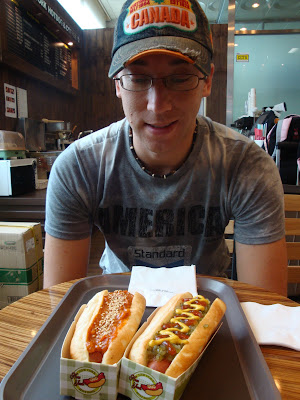 Now let's talk about attitude. Korean food's spicy and bad-ass. Check out these street peppers - wouldn't wanna run into them in a dark alley, would ya? 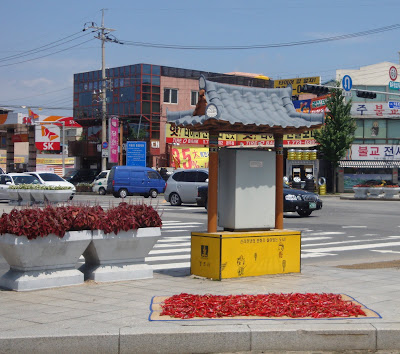 To learn more, we went to Seoul's Kimchi Field Museum, where we learned that before the hot pepper, Korean food was duller and kimchi was just, well pickles. Sounds British, leading me to wonder why the brits didn't bring their cabbage closer to their peppers. Anyway, my faves are the radishes, as shown. 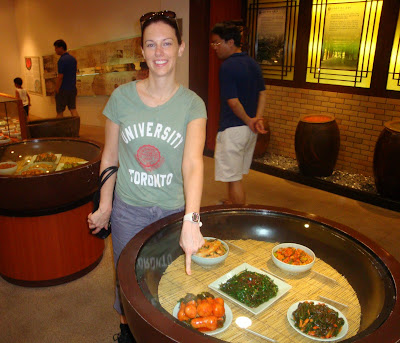 Barry was really into the kimchi museum, almost inappropriately so. 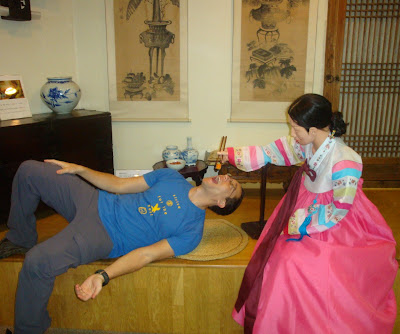 And then we learned another reason we like kimchi - it tidies! 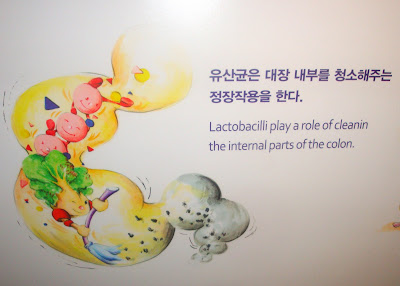 We did Gwangju, did you? 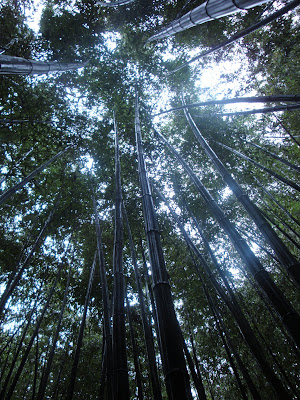 Tell a Korean you're going to Gwangju, and they'll look at you strangely and ask why, while trying not to offend you. 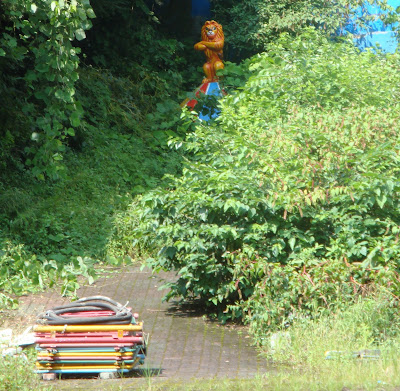 In Gwangju, we happily learnt there was an amusement park beside our hotel. However, it turns out its amusement had long fled. 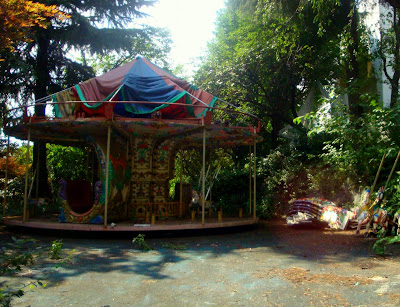 We started to wonder what had happened that had scared the owners away so quickly. 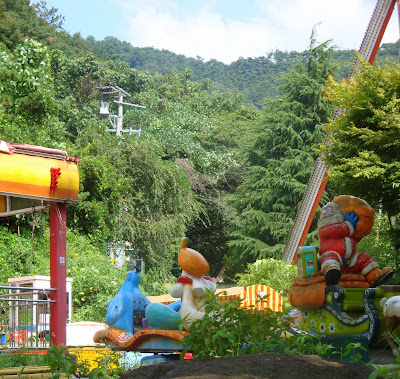 Soon, we forgot about it and were on our way up a mountain in an otherwise empty chair lift. 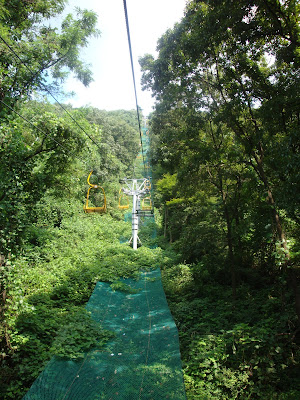 At the top, there was a lookout. 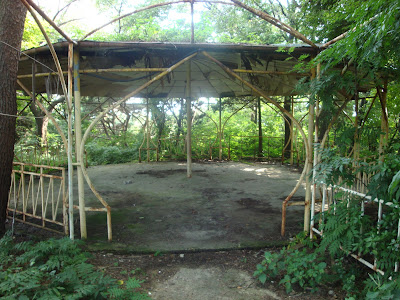 And a fun house. 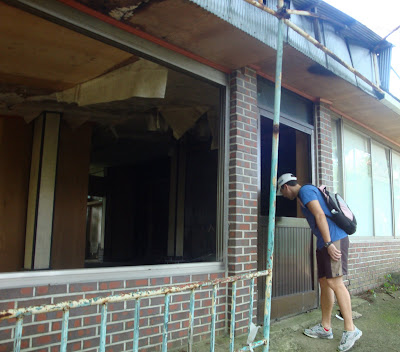 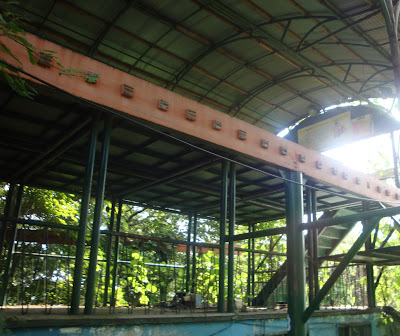 To avoid getting totally freaked out, we relaxed at a restaurant, which appeared as if just for us (since we saw only 5 other people in 2 hours). Here, we enjoyed local makoli rice wine & kimchi. Yes, drinking out of bowls is what you're supposed to do. 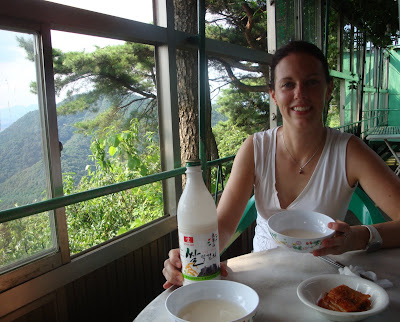 And the view of the city was fantastic. Especially with no one else around. 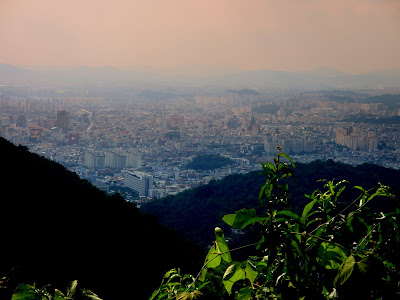 I was only a little bit scared on the way down. Barry helped via interpretive dance. 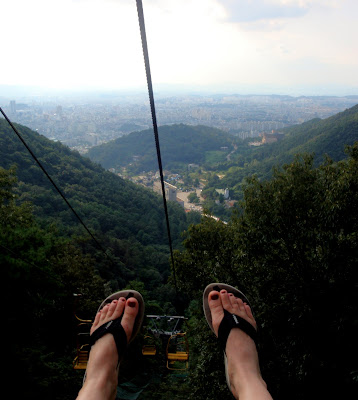 The next day we went to the nearby town of Damyang, known for its bamboo. Here, Barry sports his new Korean purchases: Canada hat, America shirt, and umbrella with cakes on it. 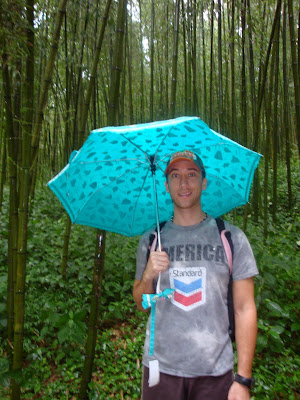